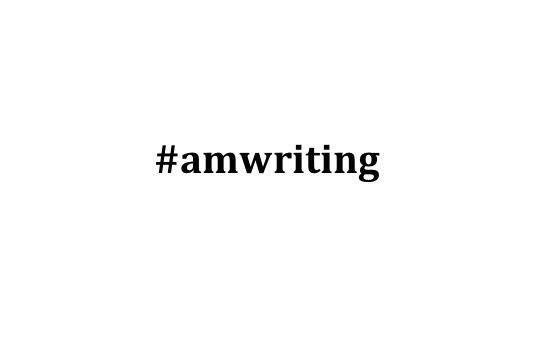 Throughout the month of November, my twitter feed blew up with word counts and a healthy peppering of #NaNoWriMo (National Novel Writing Month, not a variation of Mork signing off.) Participants in the writing challenge pledged to write 50,000 words in one month. That’s equal to a 175-page paperback. For comparison, Ellen the Harpist weighs in at 97,506 words and 347 pages. It took me four months to write my first draft. Could I write half of an Ellen-sized novel in one month?

Not in November. I was up to my eyeballs launching From Here Comes the Bride to There Go the Grooms as well as prepping for the impending deluge of Christmas concerts. But writing my second novel was not far from my thoughts.

Get Ready to Write

In the fall, I outlined book two and began to do the research for it. The research process is heftier than the one I took on when writing Ellen. It involves conducting interviews with people I met on Reddit. And I will soon pack my bags to visit what will be Ellen’s new stomping grounds. Where, you ask? I’ll begin dropping hints in the coming months!

As you may have gathered from Holiday Sing-a-long with Ellen, the mayhem of a harpist’s schedule in December fizzles once the confetti from New Year’s Eve has been swept up and the tree set out on the curb. I’m used to the change of pace, and each year I plan creative projects to sustain me during this quieter time. Anticipating a chunk of free time at the beginning of 2017, I planned months ago to begin writing in earnest in January.

Setting aside my goals to start my novel in January rather than in November left me on the sidelines while other writers typed away throughout NaNoWriMo. They motivated each other on social media to stick to their pledge to make writing a daily habit, one of the biggest challenges of writing a novel. I am a solitary creature when it comes to my creative projects, but I saw the merits of being a part of a team, especially when facing the tougher moments.

It’s one thing to imagine corralling my ideas into a full-length novel. It’s another to do the work day in and day out. While drafting Ellen, I discovered writing a novel is similar to preparing a recital program or concerto. I know it will take at least a couple of months of daily productivity to go from sight-reading the new music to performing it at concert level.

The list of motivating and motivation-derailing thoughts I entertain while endeavoring to conquer a mammoth goal could fill a book of its own. There are so many notes to learn/words to write! Look at how much progress I made yesterday! I don’t have enough time! I rock! I suck! I don’t want to do this today! Why am I do this?

I haven’t learned any secrets to shielding myself from thinking negative thoughts. The best I can do is to minimize their influence. And the most successful way to contain their impact is simply to practice/write. Every day. That maxim about a journey of a thousand miles beginning with a single step offers only a slice of wisdom. Don’t let negative thoughts about being able to complete a novel derail you. All you have to do is write. Every day. Click To Tweet

How to Tackle a New Goal

The first step isn’t always the hardest to take. I saw a lot of new faces at the gym this week. They were wearing clothes and sneakers whose tags and boxes haven’t yet been collected in this week’s garbage pickup. The neon shoes and slimming patterns on their outfits help generate the excitement to take that first step toward fulfilling their New Year’s resolutions. Over the next couple of months, I expect to see fewer and fewer of the new members as they abandon their goals. Working out isn’t always fun. Is it ever fun, for that matter? But it’s worth it. I find it a lot easier to keep to my workout schedule when I have been working out regularly in previous weeks. After my schedule gets disrupted (December!), I don’t so much slip back into my old routine when things quiet down as I grumble while submitting to my inner Marine drill sergeant yelling at my complacent self to get the hell back to the gym.

Beginning to prepare a new recital program or writing the first chapter of a new novel follows a similar trend. Day 1 feels all bright and shiny, but the shine dulls as I stare into the future at my faraway goal. The only way to avoid panicking as I assess the endless void separating me from attaining my goals is to stop staring into the distance. The trick is just to show up on day 2. And day 3. And so on. After working for a couple of hours each day for a few days, it begins to feel less like work. I learn what I can accomplish in a single day, and I feel a sense of achievement when I meet my daily goals.

On a smaller scale, each single day at my harp or my desk follows a similar trend. I need to make myself sit down. Planning in advance when I will practice or write helps. But I can’t just jump into productivity (unless I imagined a scene full of scintillating dialogue while working out at the gym, in which case it’s a mad dash to dump my thoughts into my laptop before they evaporate like sweat). It takes about 15 minutes of warming up to get in the zone. Tuning my harp and warming up with etudes or slow passages get the practice juices flowing. Rereading a portion of yesterday’s word count does the same with writing.

Having learned all of these lessons with Ellen the Harpist, I’m still nervous about churning out a first draft of the new novel. I’ve been thinking about it for months, and not writing feels a bit like I’ve been procrastinating. Will I be able to trick myself into sitting down and writing for three days straight or however long it takes to get my groove back? And then what happens to my newfound routine when I head out of town for my research trip?

I’m happy to report that in the first two days of the New Year, I wrote 3,627 words. And I’m not doing it alone. NaNoWriMo may have passed, but 85K90 just began. A new writing challenge website launched on Sunday. Members have each pledged to write 85,000 words in the first 90 days of the year. The timing is perfect for me, and the word count goals fit the time frame more comfortably than 50K in 30 days.

Will I have a rough draft by the end of March? We’ll see. I’m not a New Year’s Resolution kind of gal. When a goal presents itself, I’ll embrace it. Actually pledging to do something because the calendar tells me to? This is the kind of thing that messes with my motivation.

But having gone public, both on 85K90 and now with you, I’ve got a framework to keep me honest. I promised subscribers to my blog sneak peaks of new material, starting with where I’m setting the next novel. I look forward to sharing these tidbits in newsletters for my subscribers. But not right now. #amwriting.